This is a compilation of Nao and Kou’s story in Wotakoi: Love is Difficult for and Otaku (Otaku ni Koi was Muzashii)

Naoya Nifuji is the younger brother of Hirotaka and Kou Sakuragi is Naoya’s friend from College. I love their development and can’t wait to find out more. Sadly, the Manga has presently stopped at Volume 7 Chapter 47 and we haven’t seen a ship sailing for these both yet.

Note that this post contains spoilers and I don’t own the images. The source is the Manga.

Nao and Kou met at Startbox, where Nao works as a barista. Kou was studying and playing a game when Nao approached her because she reminded him of his brother. He noticed that she was playing a game he played with his brother’s friends. Nao wanted to speak to Kou, but she was surprised at the sight of him that she immediately packed and ran away.

Nao is used to introverts like his brother so it didn’t bother him, then he saw that Kou left a paper and wanted to return it personally, especially when he found out that they go to the same College. Nao found Kou easily at the school cafeteria and approached her. Nao is very considerate, learning from experience he waited for Kou to finish the game and notice him.

When Kou saw Nao looking at he she panicked and wanted to run away again, but Nao told her about the paper she left. He told her that he wants to be her friend, but she thought that he wanted to be gaming friends. Nao couldn’t do anything so he just said yes and was glad that Kou accepted his friendship offer. Oh and Nao actually doesn’t know that Kou is a girl.

Kou is usually assumed as a boy as she has short hair, dresses in baggy clothes, and is very tall (170cm and Nao is 177com) She never corrects people because she is very shy and apologetic. Honestly, she has social anxiety and I think this is where Nao will help her.

Nao bonds with Kou through the online game. Nao is very bad at games, but he knows it is the best way to get to know Kou. Nao probably is very amused seeing a guy that is another version of Hirotaka, except he doesn’t know that it’s a girl. But the longer they play, Nao realizes that Kou is not exactly like Hirotaka. His older brother always scolds him for dying. But he is surprised that Kou is a very kind and helpful gamer.

Now that Kou is a bit more comfortable with Nao, they also bond offline. Nao’s friends Yokkun and Ken are also Kou’s High School classmates. They go to an Arcade where Nao is very excited to play with Kou. Now, this part of the Manga is really cute but also sad. Yokkun and Nao apparently haven’t told Nao that Kou is a girl. Maybe they just forgot or thought that Nao figured it out.

Kou is a sucker for Nao hihi. Honestly, I really believe in that, We, Introverts are able to make friends because of extroverts who adopt us.

This is where I started believing that the ship is real. When Nao particularly noticed Kou’s smile. He was glad that Kou is having fun even if he isn’t the best player. Nao is also very nice because he never insults Kou even if she is very apologetic.

Kou may have social anxiety, but she is a gamer who enjoys games with other people as well. It’s just very difficult for her to express her thoughts into words. I relate to this the same way I relate to Hirotaka who can’t express his emotions on his face. This is also the part where Nao concludes Kou’s difference with his brother. Hirotaka prefers playing solo, but Kou tells Nao that the most fun way to play is with other people. Kou is really nice, except Nao still doesn’t know that Kou’s a girl. What the frickin heck Nao!

Kou is really happy to have met Nao. I don’t need to be a psychic tell that Koi has developed a small crush on Nao. However, Kou is very guilty for not admitting to Nao that he is a she. She enjoys Nao’s company and she is afraid that he might not like spending time anymore if he found out. But Kou decides that it is best to tell Nao. Although, she didn’t expect that he would find out on that day.

That is the end of Part 1! Whew. I thought I could cover this one post, but I decided that this entry is already too long. All the details are from the Manga. This is just a cut for Nao and Kou’s story.

I still encourage you to read the manga for the complete visuals of their story. I hope you enjoyed reading. Good Night!

View all posts by Jenorillo

One thought on “Wotakoi: The Story Compilation of Nao Nifuji and Kou Sakuragi [Part One]”

What are others Reading? 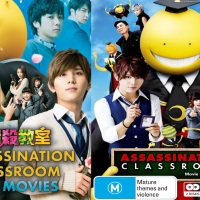 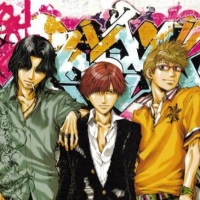