Who was your first 2D crush? Well, these four guys were mine. Genjyo Sanzou Party from Saiyuki by Minekura Kazuya. But really, was I the only one? Saiyuki is my favorite Anime, hands down!

I don’t know many people who have seen or watched Saiyuki. It came into popularity around the early 2000s when the Anime was aired in channel AXN in Cable in our place. But maybe it was only popular in Japan and houses with cable TV.

As an adult, I still enjoy Saiyuki, and the opening and ending songs still hit me with the feels. I was head over heels with these guys and it’s their fault why I find skinny and bad boy looking guys attractive.

Cho Hakkai or Cho Gonou, which is his previous name. I fell for Hakkai first. He’s the most mature and good-natured among the group. He’s an ideal husband. Hakkai can cook, clean, drive, is dependable, and can protect you from demons. He is tall and good looking to boot. It’s not a surprise that he was the only one with a girl, Kannan, and is always paired with Yaone in fights because he is such a gentleman. Hakkai is very patient and calm, which balances out with Gojyo, Goku, and Sanzo who are all quite aggressive and childlike.

Hakkai murdered many demons to save his lover. In the process, he became a demon as well. But he never became a bad guy. He is a cool character. Visit this link to know more about Hakkai. I linked it to my favorite anime fandom site.

After Hakkai, Goku grew on me. Who wouldn’t love Goku? He is very lovable and cute! Goku is loud, always hungry, and a loyal subject to Sanzo. Aside from being very strong, he is a very charming character as Goku is very good-hearted and kind as well. Goku is the pillar of the group who keeps them together whenever Sanzo, Gojyo, and Hakkai aren’t in good terms. He makes them happy. Despite his childlike appearance and personality, he is more than 500 years old and with a tragic past.

As dark as Saiyuki’s story is, Goku is a well made comic relief who is more than just comic relief. Visit the link to know more about Goku.

I didn’t like Gojyo at first because he smokes, drink, and is a playboy. But his red hair, eyes, and boyish acts eventually grew on me. Gojyo is Goku’s playmate, they fight a lot but they are partners in annoying Sanzo. He acts like a reliable big brother to Goku any child they encounter. I think Gojyo loves women so much because of his mama issues. It kind of makes sense, but I still dislike this about him. Though, he really has a heart and cares deeply for the people around him.

Visit the link to know more about Gojyo.

Genjyo Sanzo, his name before becoming Sanzo was Kouryuu. I think I liked Sanzo last, but I liked him the longest (Going strong at present). Sanzo is a Buddhist Priest, and the Sanzo is actually a title. He holds the highest title a Buddhist priest could achieve. He is serious, smokes, and likes to keep to himself. Sanzo actually cares for Hakkai, Gojyo, and most especially Goku, but he never really shows and admits it.

Sanzo grew up lonely and with heavy responsibility. Saving Goku was probably the best thing that happened to him because he found a loyal companion who brought color to his life. According to the Manga and Anime, Sanzo is good looking and looked like a girl when he was young.

I recently found out that there was a “Go to the West” Musical based on Saiyuki and the actor who played Sanzo (Suzuki Hiroki) is very good looking. If Sanzo is not smoking or talking, he is usually scolding Goku and Gojyo so I really like episodes that feature Sanzo because I learn more about his character. He is very interesting. Visit the link to know more about Sanzo. I would recommend watching the OVA Saiyuki Burial know Sanzo’s back story.

Did you have an Anime crush? who are they and how long did you like them? 🙂 I hope you enjoyed reading as much as I did writing this entry. I have never written down my feelings about these characters so it’s a first. Saiyuki is a really good manga and Anime. If you enjoy action

View all posts by Jenorillo

What are others Reading? 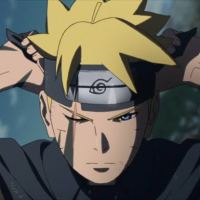 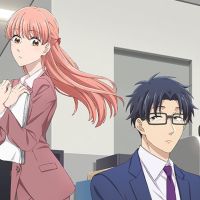